“My attitude in business is to strive constantly to improve our product and service. As ‘one of the old guys,’ I am beginning to appreciate the fruits of my endeavors.” — Rob Boynton

True to our Silicon Valley roots, Midland Cabinet Company got its start in a garage. That was in 1965, and we’ve grown quite a bit since then, but founder Rob Boynton remains intimately involved in every project and in all phases of the design process, just as he was in the beginning. And while we long ago moved out of the garage, we’re still at home on the San Francisco Peninsula and still going strong.

We’re thrilled that 2015 marked our 50th anniversary, but we’re not surprised that we hit this grand milestone. It was always part of the plan to stick around and thrive as a family-owned business with deep roots in our community and beyond.

A 50th anniversary is a milestone year for any company. For us, it’s testament to what we’ve always believed and practiced: that quality products, quality service, and customer appreciation are the cornerstones for continued success. We take pride in a job well done. 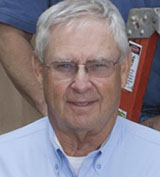 Rob Boynton is a lifelong interior architectural millwork professional. Inspired at age 12 by his middle school woodshop teacher, Rob’s passion and talent continued through high school, when he began working at a local cabinet shop, and into college, where he studied architecture.

While in high school, Rob began doing side jobs out of his father’s San Mateo, CA, garage, ultimately starting his own business with a partner in 1965, when his father claimed he had “to go” to appease the neighbors.

As Midland grew, securing the right property and location was important to Rob. He wanted to stay in the San Francisco Bay Area, where his customer base resided, and later purchased the building in San Carlos that still houses Midland’s manufacturing facility and showroom.

Successful throughout its 50-year history, Midland’s stellar reputation is based on Rob’s commitment to quality, service and producing cabinets that last. He has given lectures at a local junior college on “How to Buy Cabinets from Your Local Custom Cabinet Manufacturer” and has taught classes for interior designers on designing furniture, cabinets and interior architectural millwork.

Rob also encourages his employees to develop “side jobs,” which he believes inspires entrepreneurship in the industry. He offers his cabinetmakers the use of Midland’s shop for after-hour use, believing that what they learn on their own about project and plan development helps them hone their skills and inspires motivation.

Rob’s unconventional attitude about employees working on their own projects was noted by best-selling author Tom Peters in his book Liberation Management (1992).

As passionate today about his company as he was when he launched it—and with son Jeb positioned to take over the reins when he retires—Rob is confident that Midland will be offering its high quality cabinetry and millwork for another 50 years.

On his days off, you’ll find Rob competing on the racetrack with his SCCA AutoCross enthusiasts, skiing at his favorite Tahoe ski resorts, or traveling with his family to their farmhouse in France’s Dordogne Valley.

Read more about Rob in “California Cabinetmaker Enjoys Being One of the ‘Old Guys'” from Woodworking Network magazine. 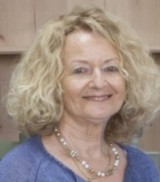 Sue Boynton joined the family business in 1993, bringing her expertise working with people to Human Resources, where she oversees employment policies and benefits, health and safety programs, Worker’s Compensation, and regulatory policies.

In addition to human resources management, Sue handles Midland’s marketing. Long ago recognizing that the company “has a story to share,” she has promoted the company’s fine craftsmanship in both local and regional magazines. Images often do speak louder than words, and the beautiful photographs of their work, says Sue, are available only thanks to “our generous clients for their willingness to share their cabinetry and millwork with the public.”

Sue has long been committed to community service and volunteer work in the Boynton’s hometown of Woodside, CA. She has served as the town’s planning commissioner and as a councilmember and mayor. Sue has also produced many Woodside community musicals and the Woodside elementary school’s operettas, and, as she teases, “I’ve participated in every parent job imaginable that comes with raising two sons”—both of whom, she adds, “are my greatest source of pride.”

Married to Rob in 1969, their son Scott is a Redwood City, CA, firefighter and paramedic. Son Jeb, who joined Midland as a youngster, “is devoted to the family business because of his love of the product,” says Sue.

In her spare time, Sue is busy raising and showing her beloved family of purebred Doberman Pinschers. 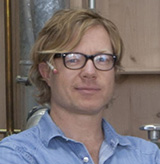 Jeb Boynton works directly with clients and their team of professionals, providing design and estimating services for all custom interior and associated cabinet and millwork needs.

Jeb has been working with the family business since age 8, recalling that his first job “was pushing a broom.” He stuck with it, even through high school when, as he jokes, his friends were “going surfing, while I was heading to the shop to deliver cabinets to job sites.” But it’s the work he wanted to do, then and now, noting that he gained “the most knowledge and experience in design and engineering because of my many years as an installer working in the field learning how design meets function.”

Says Jeb, “Professionally, I place a lot of value on building lasting relationships with clients based on trust and mutual respect. I love having clients who come back over the years because they enjoy working with us and know they can trust the service they get.”

Jeb studied Environmental Design at the University of Colorado Boulder, later receiving his degree in music (a singer-songwriter, he’s a huge fan of Neil Young). While in Colorado, Jeb built houses and custom log homes and has both general building and cabinetry licenses.

When not at Midland, Jeb is on his motorcycle, noting that he’s an avid off-road motorcyclist and has ridden bikes all over Europe and the U.S. He has also competed twice in the SCORE International Baja 1000, an annual off-road race.

Among the places he loves most: “the high desert of Nevada.”